A downloadable game for Windows and macOS

WSWS first takes you through what a walking simulator is. Then looks at how people and critics perceive them; moving on to why walk sims work as well as they do. Finally, it talks about how they fit into the larger landscape of digital games.

It's very much a work in progress. At the moment I'm garnering feedback on this build, once I've had enough time I'll come back to it with a fresh perspective, new ideas, and give it a rework.

The beach is the ending.

Is an update coming for the Mac?

This is cool, very meta!

Interesting, but there is no checkpoint and it's too slow. I gave up.

It has been a pleasure to walk and listening to you!

THIS GAME MAKE ME NO SENT

i couldn't enjoy this game to the fullest extant because the frame rate was horrible, at least for the windows it was. I'd love to see how this game would be like with a little more work.

-The framerate is pretty atrocious, although I expect that will likely be a focus for the future anyway.

-The part of the path in the forest with the two giant boulders on either side, the one on the right has a really bad hitbox, it stretches about 3 or 4 feet from where the rock is visually, forcing me to go around.

-It's extremely tedious that touching the water made me go all the way back to the beginning, which is why I didn't try going past the beach. I'd suggest either putting a checkpoint just before the beach, or an invisible wall preventing me from touching it in the first place.

-I did love the dialogue, even if it was pretty sparce, a longer script or shorter distances between triggers would be nice. It was also a little disorienting when the voiceover and subtitles didn't agree on the wording.

-Clicking on the play button in the pause menu was also disorienting because the camera would always jerk to the left about 90 degrees.

-The reflection mapping on the water was beautiful, but other than that, it didn't really look great. I know this was a very early build, but it's good to at least mention.

I'll definitely be keeping an eye on this game and providing feedback when I can because I love the idea and would love to see this become an amazing experience.

I'm almost always disappointed with museum, gallery, painting... content and environment. As if video game was a child in search of legitimacy which have to use some formal conventions that don't fit to it. Here is a good surprise ! You use it as a pedagogical experience gathering datas, reflexions around your theme and bring us interesting questions : that's what exhibitions are for ! I think your going well with this creation. For now it proposes a self-explanation of the genre that lead to the "gaming" experience, I hope you will find the right way to shape this route cause it could be such a great one ! ( btw, sorry for my english, i'm french :D . Also I didn't encounter any performance trouble.)

Interesting..I look forward to see how it turns out.. :)

EDIT: performance is pretty bad on my computer, like 6 fps or so, when other Unity games run just fine..

I'm not too surprised, it's crazy unoptimized. That's gonna be a big focus for the next release. Thanks for checking it out! 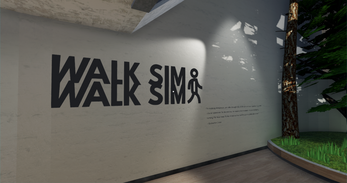 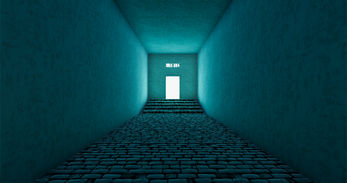 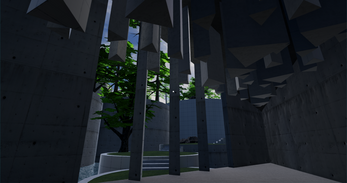 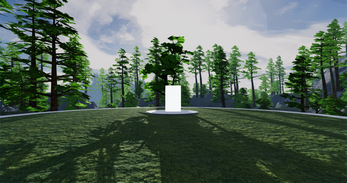 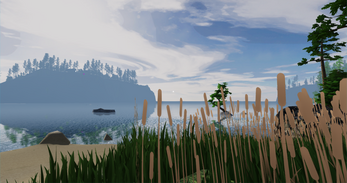